Welcome to Monica's illustrated guide for readers who like visuals to accompany their reading pleasure. Take a journey through history as she brings the pages of her books to life with pictures. 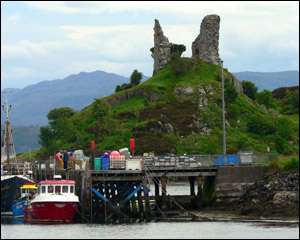 The ruins of Dunakin Castle (also known as Caisteal Maol), Isle of Skye (Meg’s home and the clan Mackinnon stronghold mentioned throughout). “On location” (Chapter 18). 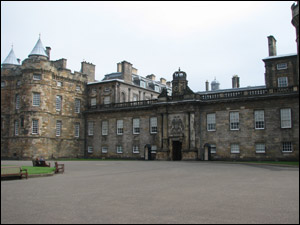 Holyrood House: The Edinburgh palace of James VI of Scotland, now James I of England,” “where nothing is as it seems” (Chapter One). 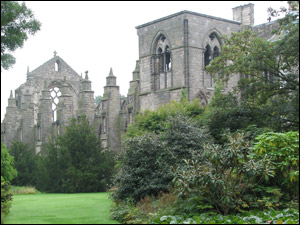 Holyrood Abbey: The “old Abbey of the Holy Rood, where a miraculous cross appeared to King David I” (Chapter 14). 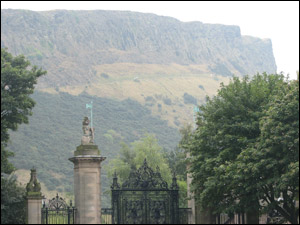 Arthur’s Seat: View from behind Holyrood palace gates. “At one time it was called Archer’s Seat. And you can see why—it looks like a ledge with an unobstructed view for as far as the eye can see” (Chapter 10). 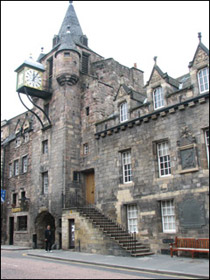 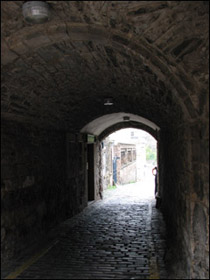 Some of the sites that Alex would have passed on his walk down “Vai Regius,” the way of the King, in Edinburgh (Chapter 5). On the left is the Tolbooth and on the right is the Old Tolbooth Wynd. 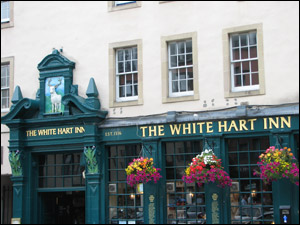 Alex meets his squire at the White Hart Tavern in the Grassmarket area of Edinburgh (Chapter 5). 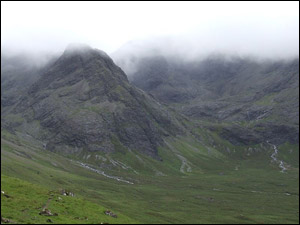 Coire na crèche: The “corrie of the foray” the site “under the looming majesty of the great Cuillin mountain range” where the last clan battle was fought on Skye between the MacLeods and the MacDonalds (Chapter 7). 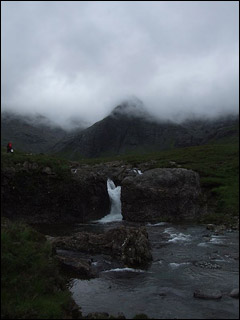 Coire fairy pools: “The stolen cattle that the MacDonalds had lifted during their bloody raid on his [Alex] brother’s Bracadale lands, grazed peacefully in the corrie along the grassy banks of the fairy pools” (Chapter 7). 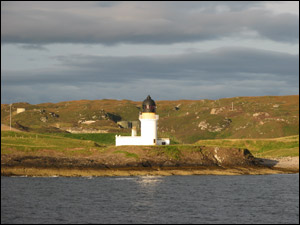 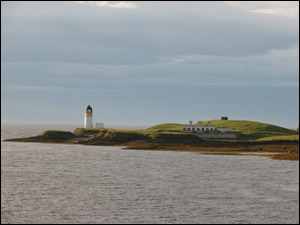 Two views of Arnish point: “From his post along the rocky banks of Arnish point, the small horn of land that served as a perfect lookout into Stornoway harbor, Alex kept his vigilant watch” (Chapter 20). 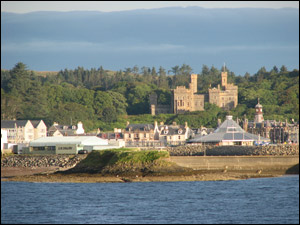 View of Lewis/Lews Castle and Stornoway harbor. Stornoway Castle (which no longer exists) would have been located near the Ferry terminal (the building on the right with the glass top) (Chapter 25).

Read an Excerpt from this book »